Sitting around listening to Ela e Carioca, scrolling down my feed I had a thought.  It was a funny thought, seeing as how I’ve only been back on social media (after giving it a rest

nearly half a year) for two months.  It seemed strangely similar to that feeling I get the few times I’ve patronized a nightclub since… the age of 25: “What the hell am I doing here?”

Now, a few years ago this would be a simple question to answer.  From 2011 to 2017 I was publishing and marketing (or at least trying to market) my novels. And I have always enjoyed updating friends and family, and following along with their updates in turn.  As time has gone on, and I’ve had less and less to market I’ve started to wonder if my presence on social media is benefiting me at all.  Not if it’s hurting anyone.  Or if it’s hurting me.  Not if it’s bothering anyone, or anything else.  But is it BENEFITING ME? 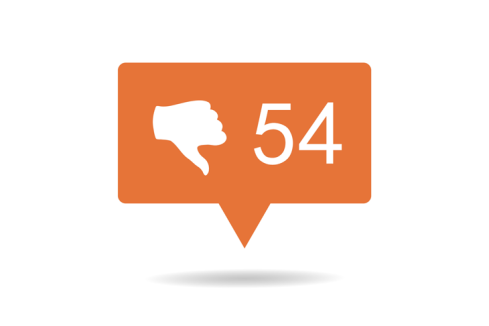 On Instagram I reached a super modest following up to 1100 followers (don’t get me wrong… I am NOT bragging, that’s laughable for anyone who claims to be a public figure or calls themselves selling anything) but since I’ve taken my break, my number has dwindled down to 995 as of today.  And I know… I get it, people fall off Instagram, people deactivate their pages, and some people actively and purposefully unfollow me… but 105 accounts in 1 year?  Jeezus. I would hate to think my inactivity meant that much to anyone. On another note, I don’t see a change in Amazon sales, but using Facebook events paid or otherwise to gain patronage to my events… not helping.  You understand?  NOT HELPING.

As far as people keeping up with me, and me keeping up with others… lets face it: We all know those who really know you and really give a shit are going to know what’s going on with you, and visa-versa. And take it from me, someone who just announced being engaged to a wonderful woman a few months ago, and now being single A.F. again; keeping people updated is overrated. Furthermore, I have some “friends” on Facebook who claim they didn’t even know I was a writer.  Now… I try not to be obnoxious with my shit.  I know

people who were entering pageants, other contests, people who were selling Herbalife, Tahitian Noni, Prepaid legal, and that bullshit coffee that was supposed to cure cancer or some shit… THOSE guys used to get on my FUCKING nerves.  I vowed to not be like them.  I don’t get on Facebook or any other social media to bombarded by sales pitches. Hell, social media has already turned itself into a hardcore, privacy-invading, in-your-face marketing machine itself, I don’t need my friends doing it too.  So, if I have a new blog, or a new book… I tell people about it, and I pretty much leave it alone, unless something special comes up or a relevant occasion occurs. I’ve learned that those who want to support you will do it… whether you market it or not.  And those who DO see me market my shit will chose to ignore it if they don’t want to support me. But alas… I’m 6 months behind on my next novel and I have nothing to sell.  Nothing to market.  Nothing to tell.

People and their GOTdamn “GoFundMe” pages…  But I have to say what took the cake with me was when Kobe Bryant, his daughter and family of friends died in that plane crash last week.  I thought I had a sick sense of humor until I saw a couple of my Facebook friends who couldn’t help but to show how cool, witty and uncaring they were by sharing memes and jokes about Kobe’s death.  And hey… I get it.  Kobe Bryant didn’t mean shit to me.  The only time I talked about him is when some half-blind girl would say we favored one another.  (Happens quite often actually)  I guess I’m a shorter, less in-shape and much much poorer version.  So I get how some people didn’t care about him dying.  But to resort to making jokes about his death, his daughters death, and him being reduced to a rapist… I just don’t understand.  And what does that say about me if that’s the company I keep?

So, the mindless scrolling on the couch, at dinner or even on the toilet needs to stop.  I know there are so many other things I could be doing with my time.  And the moment I feel it will benefit me, maybe I will get over my Social Media Blues.

Do you have the Social Media Blues? Comment! Or not, whatever.

4 thoughts on “The Social Media Blues”